A large scale review of research by Australia and Chinese University scientists has proved with thousands of studies using hundreds of thousands of cancer patients that Chinese herbal medicine offers significant treatment for most types of cancers – including breast cancer.

These studies covered most of the cancer types, but the cancers most studied were lung cancer, liver cancer, stomach cancer, breast cancer, esophageal cancer, colorectal cancer and nasopharyngeal (throat and sinus) cancer… 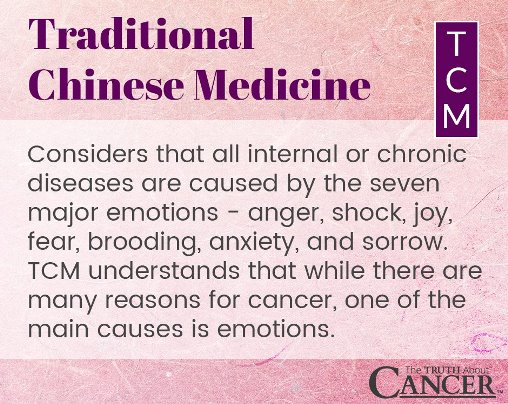 In this study, 1132 patients with prostate cancer were enrolled.

This study says:
Preclinical and clinical studies have shown that these Chinese herbal medicines possess great advantages in terms of suppressing tumor progression, increasing the sensitivity of chemo- and radiotherapeutics, improving an organism’s immune system function, and lessening the damage caused by chemo- and radio-therapeutics.

By reducing side effects and complications during chemo- and radio-therapy, these Chinese herbal medicines have a significant effect on reducing cancer-related fatigue and pain, improving respiratory tract infections and gastrointestinal side effects including diarrhea, nausea, and vomiting, protecting liver function, and even ameliorating the symptoms of cachexia.

This study found:
Furthermore, there is evidence that various herbal medicines have been proven to be useful and effective in sensitizing the conventional agents against the various factors at the cellular and molecular levels that are associated with the occurrence of cancer and in prolonging survival time, alleviating side effects of chemotherapy and radiotherapy and improving the quality of life in cancer patients.

This study says: TCM may be a promising complementary and alternative therapy for the treatment of colorectal cancer.

This study
CONCLUSIONS: The results of the current observational study suggest that adjunctive TCM therapy may lower the risk of death in patients with advanced breast cancer

Traditional Chinese medicine (TCM) originated in ancient China and has evolved over thousands of years. TCM practitioners use herbs, acupuncture, and other methods to treat a wide range of conditions. In the United States, TCM is considered part of complementary and alternative medicine (CAM). This fact sheet provides a general overview of TCM and suggests sources for additional information.

Tell all your health care providers about any complementary and alternative practices you use. Give them a full picture of what you do to manage your health. This will help ensure coordinated and safe care.

Background
Traditional Chinese medicine, which encompasses many different practices, is rooted in the ancient philosophy of Taoism and dates back more than 5,000 years. Today, TCM is practiced side by side with Western medicine in many of China’s hospitals and clinics.

According to the 2007 National Health Interview Survey, which included questions on the use of various CAM therapies, an estimated 3.1 million U.S. adults had used acupuncture in the previous year. In addition, according to this same survey, approximately 17 percent of adults use natural products, including herbs, making it the most commonly used therapy. In another survey, more than one-third of the patients at six large acupuncture clinics said they also received Chinese herbal treatments at the clinics.

Underlying Concepts
Underlying the practice of TCM is a unique view of the world and the human body that is different from Western medicine concepts. This view is based on the ancient Chinese perception of humans as microcosms of the larger, surrounding universe—interconnected with nature and subject to its forces. The human body is regarded as an organic entity in which the various organs, tissues, and other parts have distinct functions but are all interdependent. In this view, health and disease relate to balance of the functions.

The theoretical framework of TCM has a number of key components:

These concepts are documented in the Huang Di Nei Jing (Inner Canon of the Yellow Emperor), the classic Chinese medicine text.

TCM practitioners use a variety of therapies in an effort to promote health and treat disease. The most commonly used are Chinese herbal medicine and acupuncture.

Other TCM therapies include moxibustion (burning moxa—a cone or stick of dried herb, usually mugwort—on or near the skin, sometimes in conjunction with acupuncture); cupping (applying a heated cup to the skin to create a slight suction); Chinese massage; mind-body therapies such as qi gong and tai chi; and dietary therapy.

Status of TCM Research
In spite of the widespread use of TCM in China and its use in the West, scientific evidence of its effectiveness is, for the most part, limited. TCM’s complexity and underlying conceptual foundations present challenges for researchers seeking evidence on whether and how it works. Most research has focused on specific modalities, primarily acupuncture and Chinese herbal remedies.

Acupuncture research has produced a large body of scientific evidence. Studies suggest that it may be useful for a number of different conditions, but additional research is still needed.

Chinese herbal medicine has also been studied for a wide range of conditions. Most of the research has been done in China. Although there is evidence that herbs may be effective for some conditions, most studies have been methodologically flawed, and additional, better designed research is needed before any conclusions can be drawn.

Examples of TCM Uses and Studies
Both acupuncture and Chinese herbal medicine have been used and studied for a wide range of conditions. A few examples are

Safety
The U.S. Food and Drug Administration (FDA) regulations for dietary supplements (including manufactured herbal products) are not the same as those for prescription or over-the-counter drugs; in general, the regulations for dietary supplements are less strict. Some Chinese herbal treatments may be safe, but others may not be. There have been reports of products being contaminated with drugs, toxins, or heavy metals or not containing the listed ingredients. Some of the herbs are very powerful, can interact with drugs, and may have serious side effects. For example, the Chinese herb ephedra (ma huang) has been linked to serious health complications, including heart attack and stroke. In 2004, the FDA banned the sale of ephedra-containing dietary supplements used for weight loss and performance enhancement, but the ban does not apply to TCM remedies or to herbal teas.

Acupuncture is considered safe when performed by an experienced practitioner using sterile needles.

If You Are Thinking About Using TCM

This publication is not copyrighted and is in the public domain. Duplication is encouraged.