Those suffering from a chronic or terminal disease have the right to be fully informed of all their treatment options…even the unprofitable onesCris Kerr, ‘Case Health – Health Success Stories.

Ann Wigmore – Living Foods Lifestyle (Alternative treatment)
Ann Wigmore believed that there are two main causes of disease: deficiency and toxemia. Deficiency means that our bodies are undernourished because we cannot get the nutrients we need from undigestable cooked food. Toxemia is a term used to describe poisons that are stored in the body.


Black salve is a compound derived from various inert ingredients, but it can be transformed into a corrosive ointment by the addition of bloodroot (Sanguinaria canadensis) or zinc chloride. Some alternative practitioners have extremely strong views on its efficacy.
There are serious warnings about how and where you should use it.

Budwig Protocol (Alternative treatment)
The Budwig protocol addresses: sunshine and vitamin D; gut health and its flora of “good” bacteria; acid-alkali balance; “superfoods” including green tea and improved levels of all nutrients; hormone balancing phyto-nutrients; ketogenic diet; exercise and sleep; the importance of the spiritual and emotional side of healing.
This treatment is available at The Budwig Center – an officially approved cancer clinic.

Cannabinoids (Alternative treatment)
Cannabis plants have hundreds of chemicals, known as cannabinoids. The two main ones are THC and CBD. Cannabinoids may cause antitumor effects by various mechanisms, including induction of cell death, inhibition of cell growth, and inhibition of tumor angiogenesis invasion and metastasis. Cannabis is illegal in many countries, including Ireland. Synthetic medical cannabis is available in some countries including Ireland (for only three conditions).

Cell-based Therapies [Dendric Cells etc] (Standard treatment)
Cell therapy is defined as the administration of living whole cells for the patient for the treatment of a disease. The origin of the cells can be from the same individual (autologous source) or from another individual (allogeneic source). Cells can be derived from stem cells, such as bone marrow or induced pluripotent stem cells (iPSCs), reprogrammed from skin fibroblasts or adipocytes. Stem cells are applied in the context of bone marrow transplantation directly. Other strategies involve the application of more or less mature cells, differentiated in vitro (in a dish) from stem cells.


Clinical Trials (Standard treatment)
Trials to evaluate the effectiveness and safety of medications or medical devices by monitoring their effects on large groups of people.

Cryosurgery (Standard treatment)
Cryosurgery is a technique for freezing and killing abnormal cells. It is used to treat some kinds of cancer and some precancerous or noncancerous conditions, and can be used inside the body and on the skin.

Gerson therapy (Alternative treatment)
With its whole-body approach to healing, the Gerson Therapy naturally reactivates your body’s magnificent ability to heal itself – with no damaging side effects. This a powerful, natural treatment boosts the body’s own immune system to heal cancer, arthritis, heart disease, allergies, and many other degenerative diseases.


This treatment is available at licensed Gerson clinics in Hungary and Mexico. There are also Certified Gerson Practitioners in the USA. 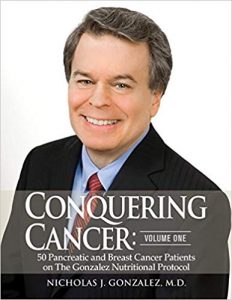 His clinic and work continues under the leadership of Dr Linda Isaacs.

High Intensity Focused Ultrasound (Alternative treatment)
In clinics, HIFU has been applied to treat a variety of solid malignant tumors, including the pancreas, liver, prostate, breast, uterine fibroids, and soft-tissue sarcomas. Unlike conventional treatments such as open surgery, radiotherapy and chemo, HIFU is non-invasive and has fewer complications after treatment. Over 100,000 cases have been treated throughout the world with great success.
HIFU treatment is recognized by the orders of urology specialists in several countries and is available in many hospitals and clinics.

Hormone Therapy (Standard treatment)
Treatment that adds, blocks, or removes hormones. To slow or stop the growth of certain cancers (such as prostate and breast cancer), synthetic hormones or other drugs may be given to block the body’s natural hormones. Sometimes surgery is needed to remove the gland that makes a certain hormone.

Hoxsey Treatment (Alternative treatment)
Hoxsey’s plant-based remedies contain naturally occurring compounds with potent anticancer effects. One formula is a paste which is applied directly onto skin cancer tumors, while the other is a tonic for internal use.

An investigative journalist sent to write an article rubbishing his work, became a convert and, instead, wrote an article entitled, ´Hoxsey – the quack who cured cancer´.

Hyperthermia (Alternative treatment)
Hyperthermia is the use of heat as a treatment for cancer. It may be used as an all-over-body treatment, or as a localised treatment where it may also be called Ablation, or Ablatherm.

This study says: Our investigation has shown that hyperthermia can be useful in cancer therapy, particularly in the management of patients with recurrent tumors in areas subjected to previous irradiation.

Jane McLelland Off Label Drugs for Cancer (Alternative treatment)
Jane McLelland was first diagnosed with cervical cancer and then  developed leukemia after chemotherapy treatment and was deemed Stage 4, Grade 4 in 1999. She beat her cancer by using a mixture of diet, exercise, supplements, herbs and off-label drugs.
Many others are now following her example.
Book:  How to Starve Cancer.
Facebook page


US businessman Joe Tippens was diagnosed with terminal lung cancer in 2016. He was told he had less than 1% chance of survival and about 3 months to live. He put together a cocktail of Fenbendazole, vitamins and CBD oil. The Protocol saved his life and now thousands of cancer patients are following his example.


You can read  Joe Tippens own story

Laetrile (Alternative treatment)
Laetrile is the patented drug made from the natural compound amygdalin, found in the seeds of many fruits, such as apricot, plum and peach pits, apple seeds, and quince, as well as in almonds. Laetrile is also known as Amigdalin B-17 or vitamin B17, although there is very little evidence it warrants classification as a vitamin.

This treatment is available at Hyperthermia-Centre-Hannover, Germany; Oasis of Hope Hospital, Mexico and a number of other cancer clinics.

Laser Therapy (Standard treatment)
A device that forms light into intense, narrow beams that may be used to cut or destroy tissue, such as cancer tissue. It may also be used to reduce lymphedema (swelling caused by a buildup of lymph fluid in tissue) after breast cancer surgery.

Mistletoe (Alternative treatment)
Mistletoe extract has been shown to kill cancer cells in the laboratory and to affect the immune system.

One study concluded Iscador treatment can achieve a clinically relevant prolongation of survival time of cancer patients and appears to stimulate self-regulation. This treatment is available in a number of clinics in the Uk and throughout Europe and Mexico.

Suzanne Somers
Breast Cancer survivor since 2001
Underwent Lumpectomy and Radiation but opted to forego Chemotherapy in favour of Iscador.

Treatment using an oncolytic virus (a virus that infects and breaks down cancer cells but not normal cells ). Oncolytic virotherapy may make it easier to kill tumor cells with chemotherapy and radiation therapy. It is a type of targeted therapy. Also called oncolytic virus therapy, viral therapy, and virotherapy.

Proton Beam Radiation Therapy (Standard treatment)
A type of radiation therapy that uses streams of protons (tiny particles with a positive charge) to kill tumor cells. This type of treatment can reduce the amount of radiation damage to healthy tissue near a tumor. It is used to treat cancers of the head and neck and organs such as the brain, eye, lung, spine, and prostate. Proton beam radiation is different from x-ray radiation.

RadioFrequency Ablation (RFA) (Alternative treatment)
Radiofrequency ablation (RFA) uses heat to destroy cancer cells. It is a type of treatment called thermal ablation. It is used to try to cure a cancer, reduce its size or relieve pain. It can be given alone, or with surgery, chemotherapy or radiotherapy.

RFA is mainly used to treat liver, lung or kidney cancer. It may sometimes be used to treat other cancer types.Depending on your situation, you will have the treatment under local or general anaesthetic. The doctor uses an ultrasound or CT scan to guide the procedure. A probe called an electrode applies an electrical current (radiofrequency) to a tumour. The current heats the cancer cells to a high temperature, which destroys (ablates) them.

Sonodynamic therapy (SDT) has emerged as a promising option for the minimally invasive treatment of solid cancerous tumours. SDT requires the combination of three distinct components: a sensitising drug, ultrasound, and molecular oxygen.

This study states: Sonodynamic therapy (SDT) represents an emerging approach that offers the possibility of non-invasively eradicating solid tumors in a site-directed manner. It involves the sensitization of target tissues with a non-toxic sensitizing chemical agent and subsequent exposure of the sensitized tissues to relatively low-intensity ultrasound. Essentially, both aspects (the sensitization and ultrasound exposure) are harmless, and cytotoxic events occur when both are combined.

Surgery (Standard treatment)
Surgery is frequently used to remove cancerous growths or obtain small samples of tissue for examination. For several types of cancer, surgical removal of a tumor may be sufficient to cure the patient. The likelihood of a surgical cure is dependent on the size, location, and stage of the disease.

Targeted Cancer Therapies (Standard treatment)
A type of treatment that uses drugs or other substances to identify and attack specific types of cancer cells with less harm to normal cells. Some targeted therapies block the action of certain enzymes, proteins, or other molecules involved in the growth and spread of cancer cells.

Watchful Waiting (Standard treatment)
Closely watching a patient’s condition but not giving treatment unless symptoms appear or change. Watchful waiting is sometimes used in conditions that progress slowly. It is also used when the risks of treatment are greater than the possible benefits.

Caution
1. Some cancer therapies can conflict with others. Do not start ANY therapy without consulting your doctor to ensure it’s safe and beneficial to do so.
2. Just because any given therapy worked for someone else does not necessarily mean it will work for you.
3. Although there are many viable cancer treatments, there isn’t a “best” treatment for a certain type or stage of cancer.