Book a cancer screening – Overview
•Cancer screening is looking for cancer before a person has any symptoms.
•Not all screening tests are helpful and most have risks.
•Some screening procedures can cause bleeding or other problems.
•False-negative or false-positive test results are possible.
•Certain screening tests may be suggested only for people who have a high risk for certain cancers.
•If a cancer is fast-growing and spreads quickly, finding it early may not help the person survive the cancer.

Note of caution about Mammograms
Please read the following article and other articles about Screening Methods on the Breast Cancer page before getting a mammogram.

Switzerland Completely Abolished Mammography Screenings: Here’s Why You Should Probably Never Get One

In 2013, the Swiss Medical Board, an independent health technology assessment initiative, was requested to prepare a review of mammography screening. The team of medical professionals included a medical ethicist, a clinical epidemiologist, a pharmacologist, an oncologic surgeon, a nurse scientist, a lawyer, and a health economist. Two of those members, Nikola Biller-Andorno, M.D. Ph. D. and Peter Juni, M.D, opened up about the project in the New England Journal of Medicine. Continue reading at Get Cancer Cure

Source: The website of the National Cancer Institute (www.cancer.gov)

Cancer screening is looking for cancer before a person has any symptoms.
Screening tests can help find cancer at an early stage, before symptoms appear. When abnormal tissue or cancer is found early, it may be easier to treat or cure. By the time symptoms appear, the cancer may have grown and spread. This can make the cancer harder to treat or cure.
It is important to remember that when your doctor suggests a screening test, it does not always mean he or she thinks you have cancer. Screening tests are done when you have no cancer symptoms.

There are different kinds of screening tests.

Screening tests include the following:

Not all screening tests are helpful and most have risks. It is important to know the risks of the test and whether it has been proven to decrease the chance of dying from cancer.

Some screening tests can cause serious problems.

Some screening procedures can cause bleeding or other problems. For example, colon cancer screening with sigmoidoscopy or colonoscopy can cause tears in the lining of the colon.

Screening test results may appear to be abnormal even though there is no cancer. A false-positive test result (one that shows there is cancer when there really isn’t) can cause anxiety and is usually followed by more tests and procedures, which also have risks. 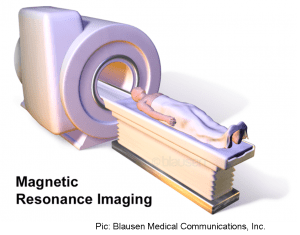 Screening test results may appear to be normal even though there is cancer. A person who receives a false-negative test result (one that shows there is no cancer when there really is) may delay seeking medical care even if there are symptoms.

Finding the cancer may not improve the person’s health or help the person live longer.

Some cancers never cause symptoms or become life-threatening, but if found by a screening test, the cancer may be treated. There is no way to know if treating the cancer would help the person live longer than if no treatment were given. Also, treatments for cancer have side effects.

For some cancers, finding and treating the cancer early does not improve the chance of a cure or help the person live longer.

It can be hard to make decisions about screening tests. Before having any screening test, you may want to discuss the test with your doctor.

Not all screening tests are helpful and most have risks. It is important to know the risks of the test and whether it has been proven to decrease the chance of dying from cancer.

What Are the Goals of Screening Tests?
Screening tests have many goals.

A screening test that works the way it should and is helpful does the following:

Screening tests are not meant to diagnose cancer.

Screening tests usually do not diagnose cancer. If a screening test result is abnormal, more tests may be done to check for cancer. For example, a screening mammogram may find a lump in the breast. A lump may be cancer or something else. More tests need to be done to find out if the lump is cancer. These are called diagnostic tests. Diagnostic tests may include a biopsy, in which cells or tissues are removed so a pathologist can check them under a microscope for signs of cancer.

Who Needs to Be Screened?
Certain screening tests may be suggested only for people who have a high risk for certain cancers.

Some screening tests are used only for people who have known risk factors for certain types of cancer. People known to have a higher risk of cancer than others include those who:

People who have a high risk of cancer may need to be screened more often or at an earlier age than other people.

Cancer screening research includes finding out who has an increased risk of cancer.
Scientists are trying to better understand who is likely to get certain types of cancer. They study the things we do and the things around us to see if they cause cancer. This information helps doctors figure out who should be screened for cancer, which screening tests should be used, and how often the tests should be done.

Since 1973, the Surveillance, Epidemiology, and End Results (SEER) Program of the National Cancer Institute has been collecting information on people with cancer from different parts of the United States. Information from SEER, research studies, and other sources is used to study who is at risk.

This is the risk a person has of developing a disease, in a given population (for example, the entire U.S. population) over a certain period of time. Researchers estimate the absolute risk by studying a large number of people that are part of a certain population (for example, women in a given age group). Researchers count the number of people in the group who get a certain disease over a certain period of time. For example, a group of 100,000 women between the ages of 20 and 29 are observed for one year, and 4 of them get breast cancer during that time. This means that the one-year absolute risk of breast cancer for a woman in this age group is 4 in 100,000, or 4 chances in 100,000.

This is often used in research studies to find out whether a trait or a factor can be linked to the risk of a disease. Researchers compare two groups of people who are a lot alike. However, the people in one of the groups must have the trait or factor being studied (they have been “exposed”). The people in the other group do not have it (they have not been exposed). To figure out relative risk, the percentage of people in the exposed group who have the disease is divided by the percentage of people in the unexposed group who have the disease.

Relative risks can be:

In some types of studies, researchers don’t have enough information to figure out relative risks. They use something called an odds ratio instead. An odds ratio can be an estimate of relative risk.

One type of study that uses an odds ratio instead of relative risk is called a case-control study. In a case-control study, two groups of people are compared. However, the individuals in each group are chosen based on whether or not they have a certain disease. Researchers look at the odds that the people in each group were exposed to something (a trait or factor) that might have caused the disease. Odds describes the number of times the trait or factor was present or happened, divided by the number of times it wasn’t present or didn’t happen. To get an odds ratio, the odds for one group are divided by the odds for the other group.

Odds ratios can be:

Looking at traits and exposures in people with and without cancer can help find possible risk factors. Knowing who is at an increased risk for certain types of cancer can help doctors decide when and how often they should be screened.

Does Screening Help People Live Longer?
Finding some cancers at an early stage (before symptoms appear) may help decrease the chance of dying from those cancers.

For many cancers, the chance of recovery depends on the stage (the amount or spread of cancer in the body) of the cancer when it was diagnosed. Cancers that are diagnosed at earlier stages are often easier to treat or cure.

Studies of cancer screening compare the death rate of people screened for a certain cancer with the death rate from that cancer in people who were not screened. Some screening tests have been shown to be helpful both in finding cancers early and in decreasing the chance of dying from those cancers. Other tests are used because they have been shown to find a certain type of cancer in some people before symptoms appear, but they have not been proven to decrease the risk of dying from that cancer. If a cancer is fast-growing and spreads quickly, finding it early may not help the person survive the cancer.

Note 1. Videos and images are not part of the original articles.
Note 2. Articles may be edited for content and length