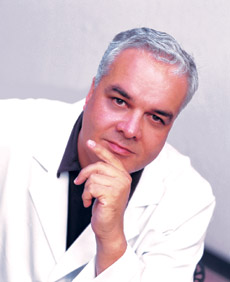 Although various natural substances such as vitamin C, green tea polyphenols and others have shown anti-cancer activity, their effectiveness has been limited to selected cellular mechanisms. In addition, they have to be used in very high doses which are possible only through intravenous delivery.

Nutrient Synergy in Controlling Multiple Cancer Mechanisms at Once

We have developed a specific synergistic combination of nutrients that can inhibit invasion of cancer cells in the tissue and control other key mechanisms of cancer at the same time. This synergy utilizes vitamin C, the amino acids lysine, proline, arginine, N acetylcysteine, green tea extract as well as copper, manganese and selenium.Using both in vitro and in vivo approaches, we provided comprehensive scientific data that this nutrient synergy can:

The following relevant mechanisms have been affected by this nutrient synergy:
• Inhibition of secretion and expression of MMPs curtailing connective tissue digestion

• Optimizing composition of connective tissue towards increasing its integrity and resistance to degradation
• Decreased cell multiplication resulting in the inhibition of tumor growth.

As a result we demonstrated in vivo that the spread (metastasis) of cancer cells can be largely inhibited by the administration of nutrient synergy in the diet or by IV and IP delivery.

2. Inhibit angiogenesis
The following relevant mechanisms have been affected by this nutrient synergy:

The following relevant mechanisms have been affected by this nutrient synergy:

The following relevant mechanisms have been affected by this nutrient synergy:

• Impaired secretion of various pro-inflammatory factors, which have been implicated in the induction and progression of cancer.

Nutrient Synergy Applied at the Later Stages of Chemically-induced Breast Cancer
Nutrient synergy has shown to be more effective than green tea extract when administered in the diet in animals who have already developed breast tumors. In addition, in the presence of nutrient synergy there was a significant decrease in the number of malignant versus benign tumors. (in preparation for publication)

Nutrient Synergy – safety. Contrary to chemotherapy toxins, radiation and various pharmaceutical drugs, nutrients are safe even in higher doses. Moreover, they are needed by all cells in the body, thereby supporting the entire body’s ability to fight cancer. Anti-cancer activity of this nutrient synergy has been confirmed in a number of studies both in vivo and in vitro published in numerous scientific publications.

This study concluded:, the results of the present study have shown that the nutrient mixture was effective in significantly reducing B16FO melanoma cell tumor growth in the left kidney and metastasis to the lungs in female nude mice. These findings, together with our earlier results, indicate the anticancer potential of NM[nutrient mixture].

This study states: Our results show that a combination of vitamin C and EGCG with select micronutrients and phytochemicals allows for expanding and simultaneously targeting several mechanisms specific to cancer (Table5). Moreover, unlike toxic chemotherapy and radiation treatments, the nutrient synergy combination is nontoxic. Studies using the clinically relevant doses of NM have shown a lack of adverse effects on vital organs such as the heart, liver, and kidneys.


Where can I get this treatment and more information?