Avemar, a derivative of fermented wheat germ extract (FWGE), is a non-toxic and natural compound that is used as a dietary supplement by cancer patients undergoing chemotherapy and radiotherapy.

Since there are numerous experimental data and the clinical benefit repeatedly confirmed Avemar can be one of the most potent and best researched food supplements available for cancer patients.
See study 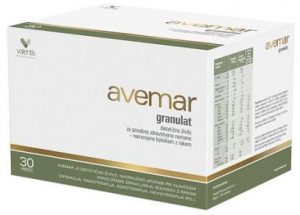 This study says the oral use of Avemar in patients with advanced colorectal cancer or high-risk melanoma inhibits the formation of tumor metastases and prolongs survival following chemotherapy and surgery.

This study says the results showed significantly enhanced survival and reduced metastases formation in the Avemar treated group even though the prognostic factors of the patients were worse in this arm.

In this Study, 42 stage III melanoma patients participated after radical removal of the primary tumors and the regional lymph-node metastases. Following 4 courses of dacarbazine (chemo) treatment, patients were randomly allocated to either receiving 1 year treatment of Avemar or just observation.

This study included a cohort of 55 evaluable head and neck cancer patients. They were assigned to two groups; both were treated with adequate anticancer therapy, but one of them also received Avemar for 2 months (26 patients). The oxidative stress was measured at entry and after 2 months. Avemar (9 g once daily below 80 kg body weight and twice daily above) significantly decreased oxidative stress and increased quality of life.

In this study patients described their general state of health at the beginning of the study as extremely poor (60%) and indicated a marked tendency to fatigue. Following oncological treatments and taking Avemar for 12 weeks a significant improvement was observed in the general state of health and social viability of patients, and they grew fatigued much less rapidly. Moderate enhancement also occurred with regard to indicators related to the degree of pain and lack of appetite, as well as mood parameters. Taking Avemar had no detrimental side-effects.

This study evaluated the effects of FWGE alone or in combination with the commonly used cytotoxic drugs 5-FU, oxaliplatin or irinotecan…

This pilot study says:
Experiments have
proven that Avemar, an oral product made from fermented wheat germ, has extremely powerful immune-modulation as well as tumour-inhibition effects.

An open “pilot” clinical experiment has therefore been carried out in order to clarify whether this product may be suitable for the supportive treatment of lung-cancer patients. The investigation involved sixteen patients (8 women and 8 men) with lung cancer as confirmed by cytology and histology (7 with small-cell cancer, 9 with adenocarcinoma). Besides receiving standard oncotherapy treatments, the patients also took Avemar once a day throughout the whole treatment period. The average time period the product was taken was therefore 8 ± 2 months.

Patients were monitored based on point by point answers given to questions on the questionnaire EORTC QLQ-C30 in order to assess their quality of life and related changes occurring. The survey was carried out at the beginning of the treatment and once every 12 weeks following continuous ingestion of Avemar. According to statistical analysis of the answers, a significant enhancement was observed in both the overall state of health and social viability of these patients,and their tendency to fatigue was also reduced considerably. There was also an improvement with regard to pains, lack of appetite and emotional state.

According to this study: Anorexia/cachexia syndrome is frequently correlated with increased oxidative stress (OS). Avemar has been shown to exert an intense antioxidant activity with no side effects. The aim of this study was to investigate the effects of Avemar in patients affected by head and neck cancer, correlating the variations with OS with the quality of life.


A cohort of 60 patients affected by head and neck tumours (stage IIIa, IIIb, IV) were assigned to two subgroups, A or B. Group A was treated with conventional oncological therapy alone, and group B was treated with Avemar in addition to standard therapy.

After 2 months only 55 patients survived and could be evaluated (29 in the control group and 26 in the Avemar group). Each patient was checked for circulating concentrations of hydroperoxides. The levels of OS significantly decreased after 2 months in the group receiving Avemar.

Conclusion Although the specific active substance in Avemar has not yet been identified, the reduction in free oxygen radicals induced by it is correlated with a clinically significant improvement in the quality of life in patients with advanced cancer

Side effects
Soft stool, unsettled stomach and nausea are the rare side effects from using Avemar.